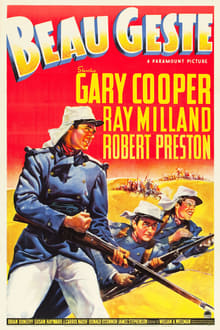 Academy Award winners Gary Cooper and Ray Milland star along with Robert Preston in the epic adventure Beau Geste. When three brothers join the Foreign Legion to escape a troubled past, they find themselves trapped under the command of a sadistic sergeant deep in the scorching Sahara. Now the brothers must fight for their lives as they plot mutiny against tyranny and defend a desert fortress against a brutal enemy. Nominated for 2 Academy Awards, Beau Geste has been universally acclaimed by ... 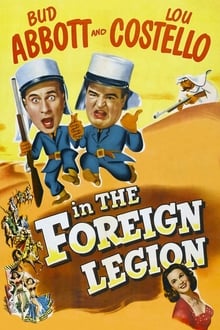 Abbott and Costello in the Foreign Legion

Jonesy and Lou are in Algeria looking for a wrestler they are promoting. Sergeant Axmann tricks them into joining the Foreign Legion, after which they discover Axmann's collaboration with the nasty Sheik Hamud El Khalid. Bits include Lou's mirage sightings, one a New York newsboy ("they gave me a bad corner").